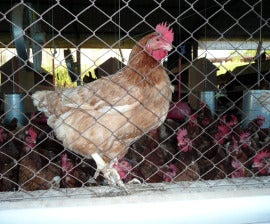 WASHINGTON—From Latin America to Asia, 2018 brought enormous progress towards a global cage-free future for hens in egg production. Humane Society International’s unique approach to farm animal welfare means that we are working with companies on the adoption of cage-free egg procurement policies, and with their suppliers and other stakeholders throughout the supply chain to ensure successful implementation of policies that yield significant animal welfare improvements for millions of animals.

This year, the cage-free movement continued to expand, with food industry leaders across the globe joining hundreds of other companies that have already committed to going 100 percent cage-free. These commitments reflect the growing global consumer demand for better treatment of animals in the food industry, particularly regarding egg-laying hens, who should be raised in conditions where they can walk, lay eggs in nests, perch and forage, instead of suffering for their entire lives in cages. In response, we saw the egg industry take important steps to meet this growing demand, with more and more producers embracing higher welfare systems for egg-laying hens.

Some of the exciting improvements and advancements that HSI was proud to be a part of in 2018 include:

HSI is committed to continued collaboration with the food industry in 2019, to help ensure a successful transition to production systems that provide greater welfare for egg-laying hens and breeding sows.