The constitutionality of Rio de Janeiro State Law 7.814/2017, and a similar ban in Amazonas State, was challenged in 2018 by the Brazilian Association of Cosmetics, Personal Hygiene and Perfume Industry (ABIHPEC). Last year the Supreme Court ruled unanimously in favor of the Amazonas state testing ban, upholding the state’s authority to prohibit such inhumane and unnecessary activity, and yesterday´s ruling reinforced this important decision.

The Court also held that the parts on the Rio de Janeiro state law banning sales of cosmetics tested on animals and requiring specific product labeling exceeded the state’s legislative competence. This holding underscores the importance of enacting acomprehensive federal ban on cosmetic animal testing and trade at the federal level in Brazil. Humane Society International is actively working on this national effort, which aligns with similar bans already in place in 40 countries. HSI’s work to secure 10 state-level testing bans in Brazil builds momentum to advance a federal bill, which has been languishing in the Senate for seven years.

As a result of HSI’s #SaveRalph campaign, which launched last month with support of superstar Rodrigo Santoro, more than 1.5 million Brazilians have signed the HSI-ONG Te Protejo petition calling for a federal cosmetic testing and sales ban in Brazil. The extraordinary virality of #SaveRalph and groundswell of public support has re-ignited federal political interest in this topic, with a Senate debate expected to take place in the coming weeks.

Antoniana Ottoni, Humane Society International federal affairs specialist for research & toxicology, said: “Yesterday’s Supreme Court decision confirms that state bans on cosmetic animal testing are indeed constitutional. As this outdated and inhumane practice is prohibited across the country, now is the time for the industry, lawmakers and the federal government to join together to advance a meaningful federal law to ban cosmetic animal testing and sales of cosmetics tested on animals across the whole of Brazil.” 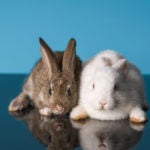