Fur farming was banned in Britain almost two decades ago in 2003 as it was deemed too cruel. But since then Britain has imported more than £800 million worth of fur from countries including Finland, China, France and Poland, where animals experience severe suffering and distress on fur farms. This is a double standard that needs to end.

The letter which is also signed by Amanda Holden, Simon Pegg, Joanna Lumley OBE, Laura Whitmore, Natalie Imbruglia, Sir Mark Rylance, Imelda Staunton CBE, Deborah Meaden and Shirlie and Martin Kemp, reads: “As long as Britain allows the sale of cruel fur from overseas, we remain complicit in an industry that causes immense animal suffering, environmental harm, and also presents risks to human health through the spread of deadly viruses. It is not enough to say that we have banned fur cruelty from our own back yard, we must stop outsourcing that same cruelty from overseas”

Read the letter in full here.

The stars have signed the open letter in support of the #FurFreeBritain campaign run by animal charities Humane Society International/UK, People for the Ethical Treatment of Animals (UK), FOUR PAWS UK, Open Cages, RSPCA, Animal Aid, Viva! And Brian May’s Save Me Trust.

Last autumn, Defra Minister Lord Goldsmith stated that “Fur farming has rightly been banned in this country for nearly 20 years and at the end of the transition period we will be able to properly consider steps to raise our standards still further. That is something the Government is very keen to do.” The campaign has also received cross party political support from 140 MPs who have signed Early Day Motion 267 against real fur imports.

Claire Bass, executive director of Humane Society International/UK, said: “Fur is cruel and unnecessary, and a fur sales ban would command support from the vast majority of the public, politicians, designers and retailers. This letter from some of the country’s top celebrities proudly backing a ban on fur cruelty sends a clear message to Boris Johnson that Britain must no longer be an accomplice in the suffering of millions of animals for frivolous fur fashion. When the selling stops, the suffering will too.”

Singer and songwriter Alesha Dixon says, “Britain’s decision two decades ago to ban cruel fur farming, has been an inspiration to numerous other countries that have followed our compassionate lead. But for as long as we allow fur to be sold in UK shops from animals who have suffered overseas, the UK is still responsible for fur cruelty. So now it’s time for us to show world leadership once again by banning fur sales. Britain’s got compassion, and with a fur sales ban we have the power to stop animals suffering for fashion.”

Comedian, actor and director Ricky Gervais says, “Banning the sale of fur in the UK doesn’t even require debate, it’s a no brainer. Should the UK be selling fur from animals who have been anally electrocuted, gassed to death, beaten to death, and may even have had COVID-19? No it shouldn’t, let’s get the ban done.”

Elisa Allen, director, Peta UK says, “The overwhelming majority of British people oppose the fur trade, in which animals are gassed, electrocuted, and even skinned alive. We’re calling on the government to seize this opportunity to take a stand against needless cruelty and be a world leader by creating a fur-free Britain.”

Hannah Baker, FOUR PAWS UK head of communications, says, “The UK public has repeatedly spoken out about their detestation of the fur industry. Today with the added weight of over 50 celebrities we are once again calling for an end to this cruel trade in which animals unnecessarily suffer, all in the name of so-called fashion. The Government cannot continue to ignore the calls for us to finally put animal welfare first and embrace more compassion in fashion by becoming a fur-free Britain.”

Heidi Allen, RSPCA director of advocacy and policy, says, “As a compassionate nation of animal lovers, we know it isn’t enough to simply ban fur farming at home. If we want to continue leading the way, then we must also say “no” to any activity connected with this barbaric, cruel and inhumane use of animals. The RSPCA is therefore proud to add its name to this campaign to end the sale of fur in Britain. Not only is it the right thing to do, it would also demonstrate our global and moral leadership as we strive towards a world totally free of fur farming“.

The British public can support the campaign by signing the petition at www.furfreebritain.uk 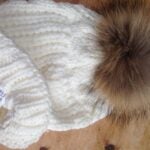 Her Majesty the Queen has gone fur free!

LONDON – Her Majesty Queen Elizabeth II of the United Kingdom has ditched fur, news that has been warmly welcomed...