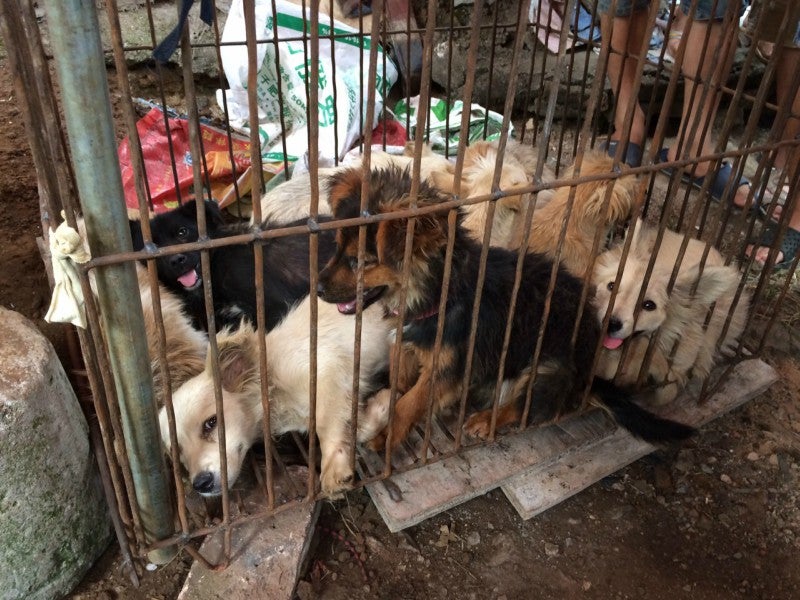 Across China, there are many dog markets and slaughterhouses, and dogs and cats are killed for human consumption all year round and country-wide. While the annual dog meat “festival” in Yulin in the Guangxi Zhuang Autonomous Region has come to symbolize the immense cruelty of the wider dog and cat meat trade, it is important to remember that 10 million dogs and 4 million cats suffer for the trade across China every year.

The “Yulin Lychee and Dog Meat Festival” was launched in 2010 by Yulin’s dog meat traders as a commercial enterprise to boost their flagging sales. Previously, Yulin city had never known a dog meat festival and there was no established tradition of dog eating there; the traders tried to co-opt the idea of local tradition in order to legitimize the event.

The festival takes place every year starting on June 21st (the summer solstice), and sees thousands of dogs and cats —many, stolen pets still wearing their collars—killed for their meat. Local officials originally endorsed the event, expecting it to attract tourists. Instead, the festival has been a PR disaster for Yulin, earning domestic and international condemnation. 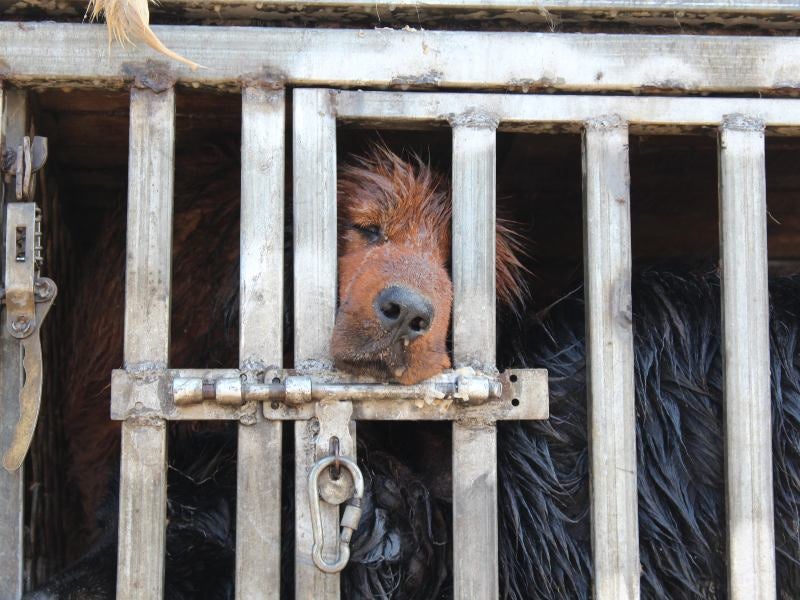 The festival is a barbaric spectacle, but the suffering actually starts much earlier. Thousands of dogs and cats are grabbed from the streets, crammed tightly into wire cages and piled onto trucks to be driven for days or weeks. They come from as far as Anhui, Hubei and Henan in Central China, up to 1,500 miles away. Denied food, water and comfort, those dogs stacked at the bottom of the truck become drenched in urine and faeces, while those in the middle can suffocate to death. Others die from illness, dehydration or heatstroke long before they reach their destination.

Uploading and unloading of dogs and cats is violent, with cages routinely hurled up to the truck and smashed down at unloading. Bodily injuries from sharp wire, biting, and rough handling cause further pain.
At the slaughterhouse, they will be beaten to death with metal poles.

HSI has played a leading role in shining a global spotlight on the horrors of the Yulin festival through our media exposés and advocacy work. Our evidence of cruelty has helped to lift this issue to global prominence, supporting the many people across China who share our desire to end this brutal trade. Legislative proposals for a ban are regularly put forward by Chinese policymakers, but none have been progressed thus far. 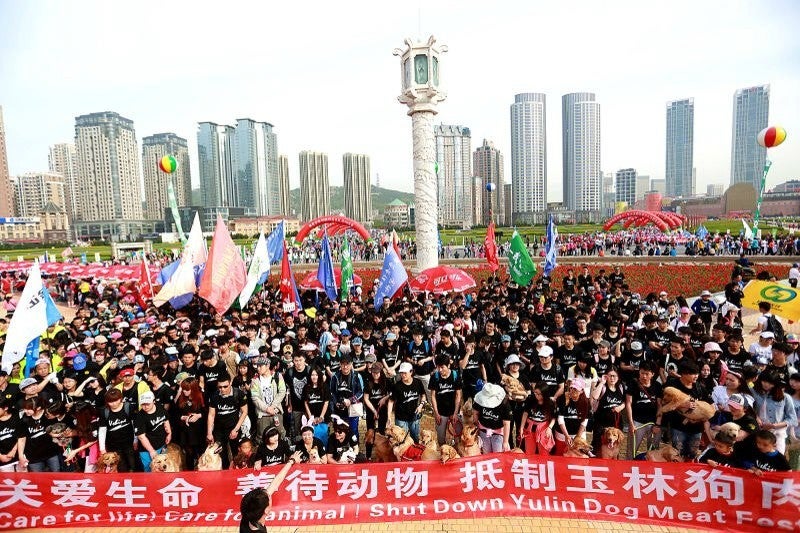 In the face of such horror, achieving change in China can seem frustratingly slow, but progress is definitely being made. Since it began in 2010, the Yulin festival has become more muted and reduced in size and Yulin authorities are under increasing pressure from both Chinese and international protest. In 2016, the Yulin police erected roadblock checkpoints to stop trucks loaded with dogs from entering the city. Although these roadblocks were implemented too late to stop many of the trucks, they were a significant gesture. This was followed in 2017 with the Yulin authorities’ attempt to impose a ban on the sale of dog meat. Under pressure from local dog traders, they eventually rescinded the total ban and reduced it to a restriction on the number of dogs allowed for sale per market stall. Officials have cracked down on public displays of slaughter and limited advertisement of dog meat by restaurants. But the killing still goes on in backstreet and out-of-town slaughterhouses under the cover of darkness.

HSI has urged Yulin authorities to adopt and enforce proactive and decisive steps to crack down on an industry that kills dogs acquired illegally and sells dog and cat meat that breaches food safety regulations. It is no coincidence that Guangxi province is amongst China’s five worst-affected areas for rabies in humans, and Yulin was recently listed in China’s 10 worst-affected cities for human rabies cases. 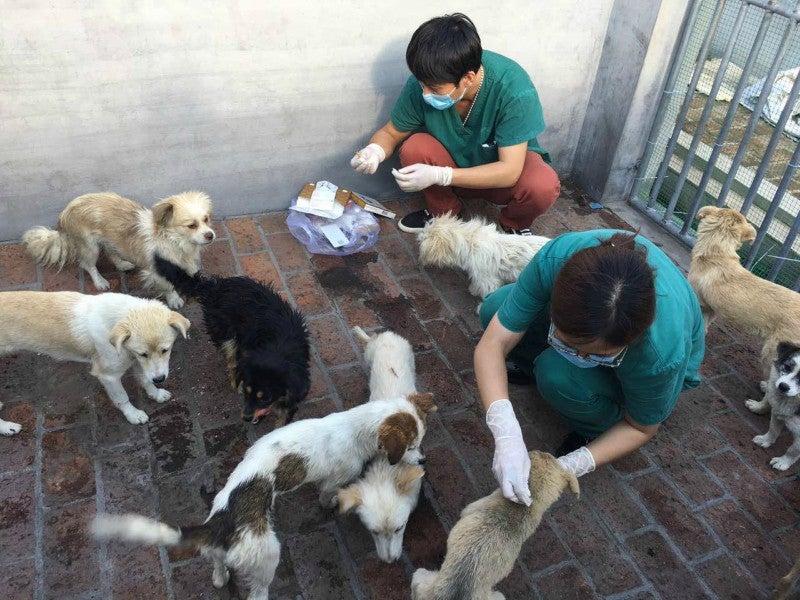 In January 2017, China introduced the Foreign NGO Law, which places strong legal restrictions on foreign NGOs, such as HSI, requiring NGOs to register with the Chinese government so that our work program can receive official approval in order to allow us to continue operating on the ground in China. HSI has several official projects registered with Chinese authorities, and although there are some limitations on us – for example, HSI staff do not have legal permission to operate in Yulin – we are able continue having a presence on the ground through our Chinese partner groups, and have continued to be able to help dogs and cats rescued from the Yulin festival and beyond. 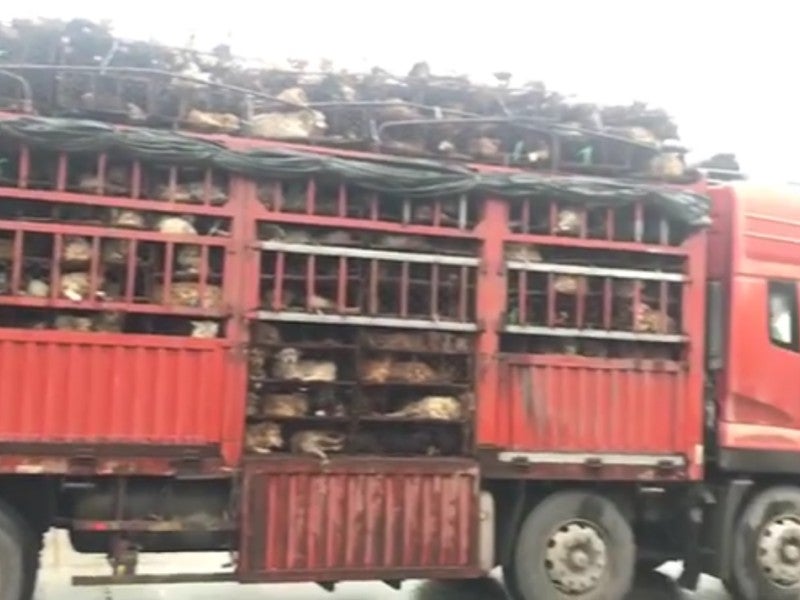 Criminal activity underpins the whole dog meat industry, and yet convictions are extremely rare. This needs to change if the dog thieves are to be deterred. Most of the dogs and cats killed for China’s meat industry are stolen pets and strays grabbed from the streets and even people’s gardens and back yards. Outraged and heart-broken Chinese pet-owners are demanding more action by the police, so HSI wants to see improved law enforcement as a priority to deter dog thieves, protect vulnerable animals, and increase arrest and conviction for dog trade criminals. A second layer of criminal behaviour occurs when the stolen dogs and cats are driven for days or even weeks on the backs of trucks to reach the slaughterhouses. China’s regulations require all animals taken across provincial borders to have individual health certificates, with which the dog traders rarely if ever comply. Trucks crammed with hundreds of dogs are conspicuous on the highway and yet the authorities rarely stop them to check their paperwork. This is left to activists who stop trucks and call the police to the scene. HSI is urging the authorities to routinely stop these dog traffickers, charge them heavy fines and confiscate the animals before releasing them to reputable shelters. 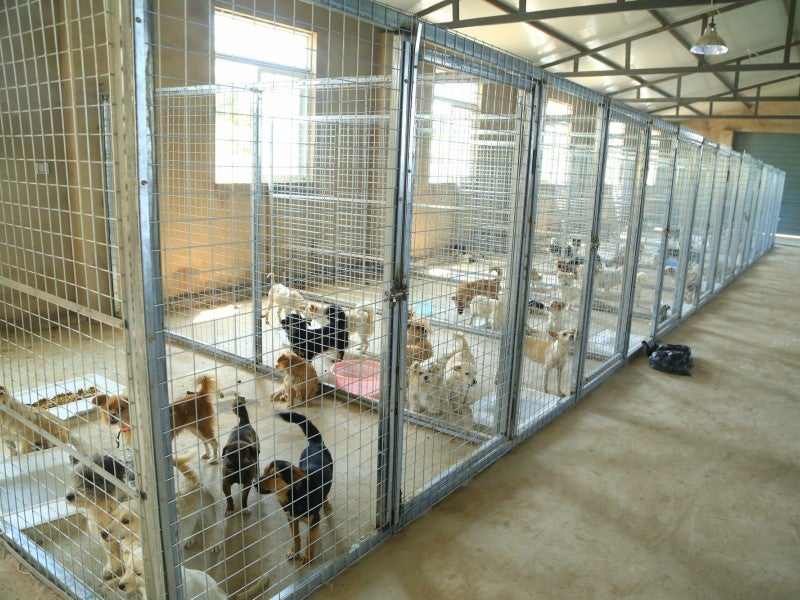 With an estimated 10 million dogs a year suffering for the dog meat trade in China, it is simply impossible to rescue our way out of this cruel business. We would merely be mopping up the spill with the tap still running. That’s why direct animal rescue is only one part of our overall strategy, it is not the strategy alone. HSI helped to establish China Animal Protection Power, a group of trained activists who alert the police to trucks on the highway crammed with dogs and cats on their way to slaughterhouses. As these animals are largely illegally acquired, as well as illegally transported across provincial borders without the necessary paperwork, CAPP can ask the police to confiscate dogs and cats on these intercepted trucks if the driver doesn’t not produce the necessary paperwork. This can involve CAPP activists negotiating on the roadside for hours or even days, but once the animals are confiscated and the 21 day quarantine period is over, the animals can be handed to their care so that rehabilitation can commence, and eventually adoption into new, loving homes.

Many of the dogs rescued from the trade are incredibly sick or injured, so your donations help bring them top quality veterinary care to get them back to health, a warm bed and safe sanctuary so that they can recover and learn to trust again. We provide expert training and support for our partner shelters to ensure that they operate to the highest standards in China. Many shelters and ‘rescue’ centres in China have extremely poor animal welfare standards, with animals frequently dying from untreated wounds, disease and unsanitary conditions. HSI’s partner shelters are providing a gold standard for others to emulate in China.

Help 62 dogs just rescued from Yulin, and other animals worldwide.