GENEVA—The Conference of the Parties to the UN Convention on International Trade in Endangered Species (CITES) today confirmed its commitment to closure of domestic ivory markets agreeing by consensus to focus scrutiny on remaining legal markets like Japan and the EU. The discussions focused attention on markets that remain open with obvious concern regarding their contribution to illegal trade and poaching. In a positive step forward, Israel noted its recent announcement on closure of its domestic markets in elephant and mammoth ivory, and Australia announced its intent to close its market. The European Union stated that they will tighten regulations.

Iris Ho, Humane Society International’s senior wildlife specialist says: “It is a welcome reassurance that the CITES Parties recognize the necessity of and urgency for any remaining significant ivory markets, such as Japan and the European Union, to shut down their ivory trade. No country should be off the hook when a growing number of countries including China, the United States, Singapore and the United Kingdom have adopted measures to restrict or ban their domestic ivory trade. We call on Japan to heed the recommendation of the CoP and close its domestic or intra-EU commercial ivory trade as soon as possible.”

Humane Society International warmly congratulates the governments of Burkina Faso, Cote d’Ivoire, Ethiopia, Gabon, Kenya, Liberia, Niger, Nigeria and the Syrian Arab Republic for championing this proposal, as well as all 32 countries African Elephant Coalition for advocating for closure of domestic ivory markets worldwide. The agreement reached today will now go forward to the plenary of the conference for ratification on 27/28th August. 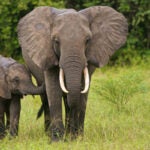 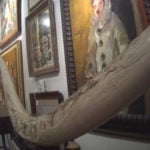 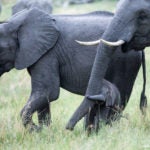