SEOUL—Twenty-one dogs left behind when authorities closed an illegal dog meat farm in Gyeonggi-do, South Korea, have been saved by animal groups just days before the start of Bok Nal—the three hottest days of summer during which most dogs on farms are sold and killed for dog meat soup, known as “bosintang.”

Humane Society International/Korea and Korean K9 Rescue saved the young dogs after Ansan city authorities shut down the facility for operating without a licence. The government officials removed 38 dogs to their shelter for rehoming but left 21 behind with a deadline for removal or they would be at risk of being euthanised or sold to a slaughterhouse.  The farmer had been breeding dogs for human consumption at the site for six years.

The dogs—Romeo, Henry, Tori, Juliette, Brown Bear, Christian and all the others—will now receive veterinary care, vaccinations and undergo quarantine, before eventually being flown by HSI to North America to seek adoptive homes.

The rescue comes just days before South Korea’s first of three “Bok” days when dog meat consumption is most popular and the country’s usually low consumer demand increases. It is also the first Bok Nal since President Yoon Seok-yeol took office and comes as the government’s task force deliberating a nationwide dog meat ban has, for the second time, delayed announcing its recommendations for a phase out. President Yoon and first lady Kim Keon-hee—both of whom have voiced support for an end to dog meat—share their home with four dogs including Tori a rescued Jindo, a breed typically found on dog meat farms. The 21 dogs left on this illegal farm are Jindo crosses.

Sangkyung Lee, HSI/Korea’s dog meat campaign manager, said: “This dog farm is typical of so many across South Korea where thousands of dogs are languishing in filthy, deprived conditions, enduring the unimaginable frustration of being confined in tiny cages their whole lives until they are brutally killed by electrocution. Thankfully, we are able to bring a happy ending for these young dogs who will receive all the medical care and attention they need before flying to North America later in the year to seek adoptive homes. We urge President Yoon to ensure the national government immediately takes action  to end the dog meat industry, so that no more dogs like these will have to endure this suffering for a food that most people in South Korea no longer wish to eat.”

The farmer, Mr Hwang, has signed a legally binding agreement never to farm dogs again. He said: “I make most of my money from doing handyman jobs, so that’s what I’ll continue to do now. When I took over the farm, the seller deceived me and my partner by telling us it would be a profitable business but it simply hasn’t been true.”

Gina Boehler, executive director of Korean K9 Rescue, said: “Korean K9 Rescue is happy to work in partnership with HSI in dismantling, and rescuing animals from, the Ansan dog meat farm. As the animals are suffering in the sweltering summer heat, we have moved quickly to remove them from an unbearable situation that no living being should endure. It’s important we keep pushing for reform and change to the agriculture laws within South Korea and effectively promote change from within. We are grateful for our collaboration with HSI and we know these dogs will go on to live a better life. We have seen and recognized the approval of most South Korean citizens who actively oppose the dog meat trade and lobby for change, which keeps our mission strong and alive.”

HSI/Korea, which has permanently closed down 17 dog meat farms in the country and assisted local groups and law enforcement in rescuing dogs from other farms and markets, campaigns for legislation in South Korea to end the dog meat industry. A recent opinion poll commissioned by HSI/Korea and conducted by Nielsen shows nearly 84% of South Koreans say they don’t or won’t eat dog, and almost 60% support a legislative ban. 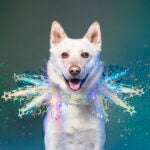 As the South Korean government ponders a possible ban on the country’s dog meat industry, the remarkable resilience of some... 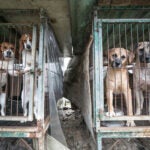 SEOUL—The South Korean government taskforce deliberating a ban on the country’s dog meat industry has announced a delay of two...

SEOUL—Animal groups in South Korea are urging the newly elected president Yoon Seok-yeol to act swiftly on his pre-election pledge... 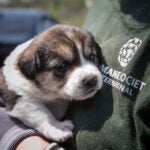 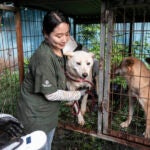 TORONTO – As the government in South Korea considers a ban on the dog meat industry, more than 100 lucky dogs who were rescued from the...