Home About Us News & Media European Commission will start supp

BRUSSELS—The European Commission will promote a shift to planet-friendly plant-based diets, according to its long-awaited Farm to Fork Strategy published today. As well as tackling climate impacts of food, reducing obesity rates and cancer prevention are cited as key health reasons why meat reduction and a shift to a more plant-based diet is necessary.  However, the Commission backed down from making a commitment – seen in an earlier leaked version of the strategy – to cease spending millions of Euros each year on promoting meat production and consumption. Instead, the strategy focuses on how the EU can “use its promotion programme to support the most sustainable, carbon-efficient methods of livestock production”.

The shift in emphasis is part of the Commission’s strategy for a sustainable food system. The push for plant-based foods has been welcomed by animal welfare campaigners at Humane Society International who urge Europe’s farmers to get behind the strategy by farming for the future of meat-reduced diets.

“Animal farming makes up roughly 70% of all EU greenhouse gas emissions from agriculture, and climate scientists have long agreed that big reductions in meat and dairy are vital if we are to have any hope of reaching our climate change targets. So within that context, it is deeply disappointing that the EU has chickened out of ending the practice of pouring millions of euros into promoting inefficient and unsustainable meat production and meat consumption. Climate-conscious citizens across Europe are increasingly shifting their diets to include more planet-friendly and animal friendly plant-based foods and so we welcome the fact that EU research funds will now be dedicated to expanding the availability of plant-based proteins and meat substitutes.

It is, however, lamentable that the Commission has partly kowtowed to a factory farming industry that is wholly based on a high-volume, low-price production model routinely propped up by government subsidies. The Farm to Fork Strategy published today should have put this low-animal welfare model on notice, but it has fallen short. If we want to save the planet, we need to stop producing so much meat and dairy, and support a transition to more sustainable forms of agriculture. Farming for a meat-reduced future is something that all farmers should get behind because they are a vital part of the solution. Far from taking away their livelihoods, the plant-based revolution offers a wealth of new and more sustainable possibilities. We should be supporting farmers to transition to new crops and production models, to grow the peas, pulses and vegetables at the heart of rocketing demand for plant-centric diets.”

HSI/Europe welcomes the Commission’s commitment to revising animal welfare legislation and to align it with the latest scientific evidence. This should not just be restricted to animal transport and slaughter. Much of the present animal welfare law is outdated and poorly enforced by most Member States. It is vital that revised legislation is implemented and easily enforced and the European Union achieves a higher level of animal welfare. For example, it is high time to end the confinement animals on farms. For example, the Laying Hens Directive 1999/74/EC should be revised to phase-out and eliminate the use of enriched cages to confine hens, once and for all. Finally, it is welcome that the Commission will also be considering options for animal welfare labelling as part of the strategy. It is a good idea to use labelling to link production methods to consumer demand.

As ever, the devil will be in the details. The Farm to Fork Strategy does not include any concrete plans to reduce the numbers of animals kept on farm in the EU, nor does it put an end to the CAP subsidies that sustain intensive animal agriculture. 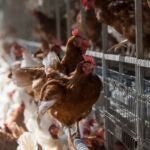 With the plant-based eating movement enjoying such momentum in 2019, this holiday season Humane Society International and the Humane Society... 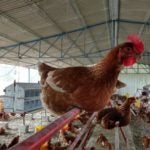 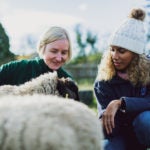 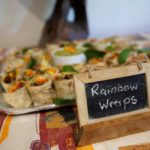 Eat plant-based to help save wildlife this #WorldAnimalDay!

JOHANNESBURG—FOUR PAWS South Africa and LIONSROCK Big Cat Sanctuary have teamed up with Humane Society International/Africa to join the global...