LONDON–Around the world, billions of animals suffer for our food, fashion, beauty and entertainment. Many of them lead deprived, miserable lives confined in unnatural conditions or are subjected to deliberate cruelty. It doesn’t have to be that way. By changing our lifestyles to make more compassionate choices, we can all be animal defenders. This World Animal Day on 4th October, global animal charity Humane Society International shares its top tips for preventing animal suffering.

With more than 80 billion land animals reared and slaughtered globally for food every year, not to mention the nearly 3 trillion fish pulled from the ocean and countless more raised on aquatic factory farms, industrial scale animal agriculture is not only one of the biggest animal welfare issues on our planet, it is also one of the leading contributors to climate change and deforestation. For example more than a third of all British egg-laying hens are still locked up in cages, confined to a space not much bigger than a sheet of A4 paper.

By switching to a more plant-based diet, we can spare animals from suffering on factory farms, reduce water and air pollution, as well as help combat climate change through reducing the carbon footprint of our food choices, and conserve precious planetary resources. Moving towards a more plant-based plate also benefits our health as diets high in fruit and vegetables reduce the risk of developing cardiovascular disease, type 2 diabetes and obesity.

Hundreds of thousands of animals still suffer and die each year around the world to test shampoo, mascara and other cosmetic products and their chemical ingredients. Terrified mice, rabbits, rats and guinea pigs have substances forced down their throats, dripped into their eyes or smeared onto their skin before they are killed. Cosmetic animal tests are archaic chemical-poisoning experiments devised more than half a century ago, such as rodent “acute toxicity” tests (1920s), rabbit eye and skin irritation tests (1940s) and guinea pig skin allergy tests (1950s). By contrast, modern non-animal methods are faster, more accurate at predicting human responses, and less expensive than the animal tests they replace.

HSI and our partners are leading the global effort to ban cosmetic animal testing in the world’s largest and most influential beauty markets. Our #BeCrueltyFree campaign has been instrumental in driving the European Union to become the world’s largest cruelty-free cosmetic market, and in securing subsequent bans in India, Taiwan, New Zealand, South Korea, Guatemala, Australia and in seven states in Brazil. Nearly 40 countries so far have banned cosmetics animal testing.

3. Say no to exploiting animals for entertainment

Around the world, many thousands of animals are exploited for entertainment, from the slow-death sadism of bullfights and cockfights to the neglect and mistreatment of captive marine and land-dwelling wildlife kept for display. The suffering of animals only continues for as long as the public pays to watch, so we can all help by not participating. Bullfights are not “fair fights,” but highly staged forms of government-subsidized animal cruelty that perpetuate the idea that the torment and killing of animals for amusement is acceptable, so please don’t attend these events when in Spain, France or elsewhere. Up to 8,000 lions suffer in captivity in South Africa, bred in appalling conditions for the lion cub petting industry in which tourists pay to bottle feed and take selfies with cubs. Ethical tourists have the power to shut down this industry by removing their custom. Wild animals in circuses, traveling shows and attractions often receive insufficient water, food and shelter, lack veterinary care, can be subjected to repetitive and stressful training, and can spend hours chained or confined. Camels, elephants, donkeys and horses used for tourist rides and safaris are often malnourished and physically abused, and suffer open wounds. Elephants are often stolen from the wild when young, illegally trafficked, broken after capture and punished with bullhooks. They are forced to carry excessive weight, suffer sores and diseases, and receive inadequate care. Whales and dolphins also suffer for entertainment – the natural habitat of orcas and other marine mammals simply cannot be replicated in captivity, and swimming with dolphins increases demand for captive animals, including from brutal “drive fisheries” such as the Taiji hunt in Japan.

Across Asia, around 30 million dogs and 10 million cats are brutally killed for meat, most of them stolen pets or strays grabbed from the streets. In South Korea dogs are raised on farms and killed by electrocution; elsewhere in Asia they are usually bludgeoned, hanged or more rarely, boiled alive. In China, Vietnam and Indonesia, hundreds of dogs and cats can be crammed onto a single truck, driven for hours or days without water, food, protection from the extremes of cold and heat, and many suffering broken limbs, shock and disease. The World Health Organization warns that the trade, slaughter and consumption of dogs poses human health risks from trichinellosis, cholera and rabies. More than 70 million sharks are also killed annually for shark fin soup. The trade involves cutting off a shark’s fin, often while it is still alive, and dumping the animal back into the sea to die slowly. Don’t be tempted to eat shark fin soup, or dog or cat meat as “bucket list” items when travelling, as it merely perpetuates this brutal and often illegal trade.

Millions of foxes, mink, raccoon dogs, rabbits and coyotes die every year for fashion. Confined in small, wire-mesh cages on factory farms or captured by painful metal traps in the wild, their fur is turned into frivolous keychain trinkets or trim on coats and hats. The average life span of an animal intensively farmed for fur is just eight months, after which mink will be gassed and foxes and raccoon dogs will be electrocuted. These terrible conditions can create psychological disorders, causing the animals to constantly pace and circle the boundaries of their cramped space, as well as fighting between cage mates and even cannibalism. Fur – and leather – are also incredibly polluting industries. The dressing and tanning processes, which stop the animal’s skin and pelt from decomposing as they would naturally do, use toxic chemicals such as formaldehyde, cyanide, lead and chromium which can be released into waterways and devastate wildlife. These products are only natural whilst they are still on a living animal, after that the processes used to preserve and dress leather and fur are anything but earth-friendly. For the estimated 100 million animals killed for fur, life is typically a miserable existence. The future of fashion is compassion, with cruelty-free alternatives becoming more popular than ever with ethical consumers. 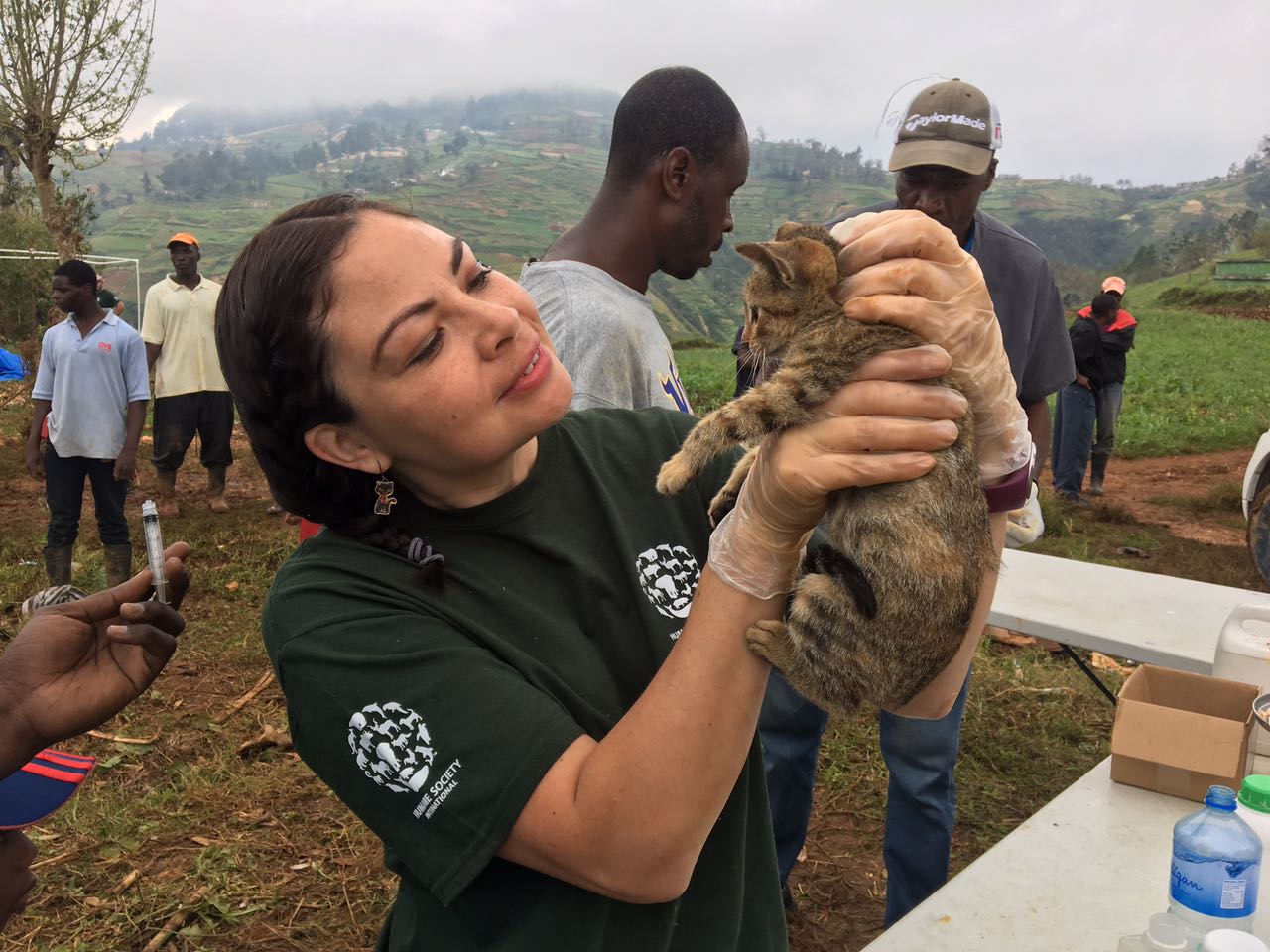 Active on nearly every continent, HSI is one of the few international animal protection organizations working to protect all animals—including animals in laboratories. 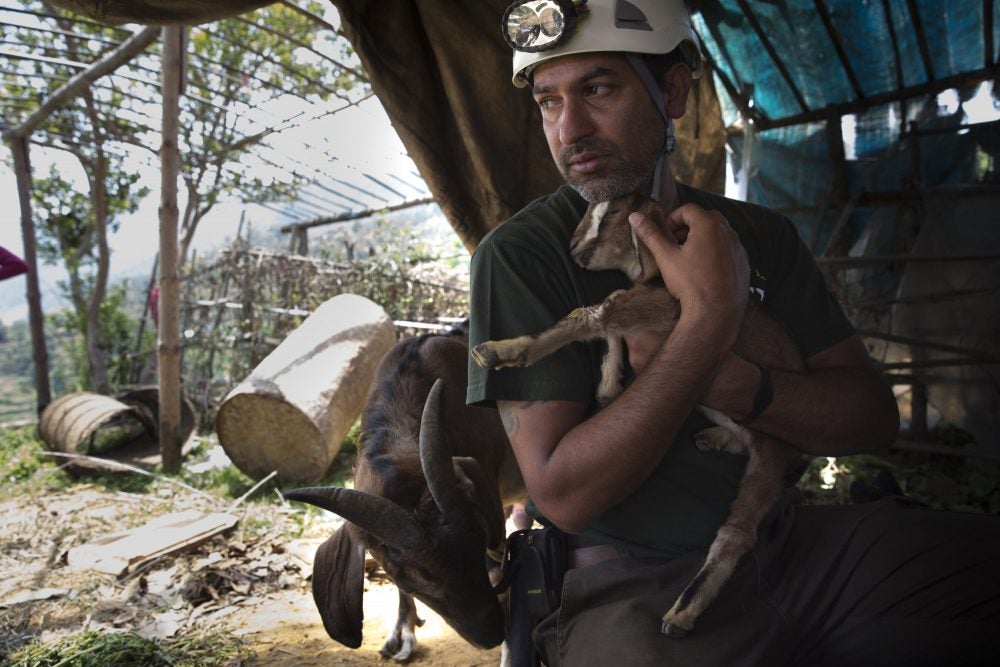 How You Can Help

By donating, taking action, spreading the word or volunteering, you can make a world of difference for animals. 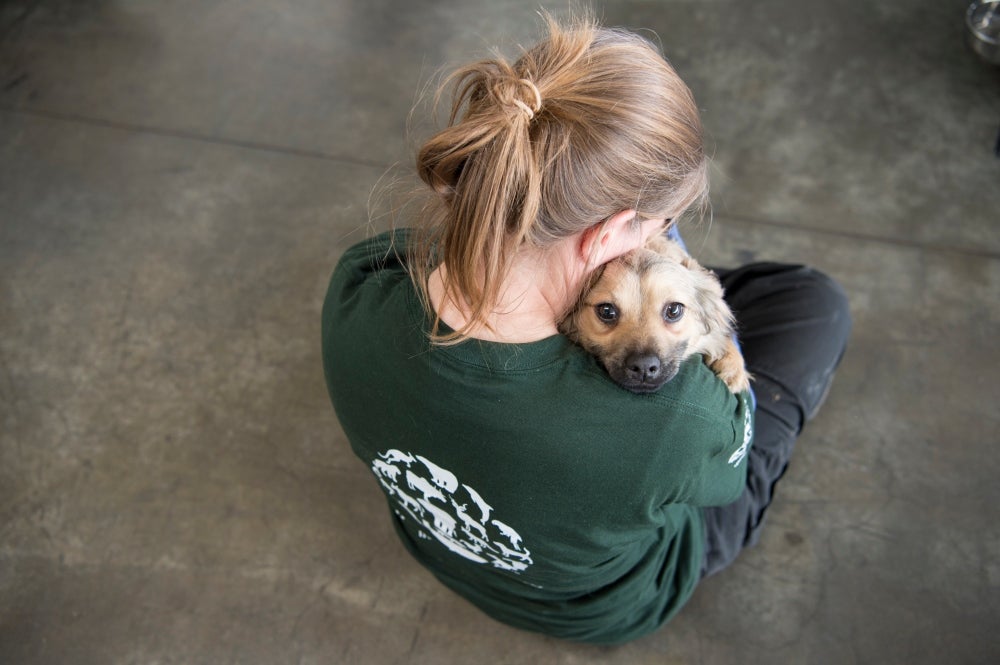 With your help, we are shaping the dialogue to catalyze animal welfare reform and influence public opinion, corporate priorities, legislative...