MALAPPURAM—Humane Society International/India, on the completion of two years of its animal birth control (ABC) program at Malappuram in Kerala, has decided to hand over operations to the District Animal Husbandry Department and Jilla Panchayat.

Over the past two years, HSI/India’s dog management team has sterilized and vaccinated more than 2,700 dogs in Malappuram. In addition to sterilizing more than 70% of the dog population, HSI/India’s aim was to create healthy and safe coexistence between dogs and human beings. The team started work in early 2017 and has worked across regions of Poonani, Manjeri, Thenipalam,Tirur, Areekode and Chungathara.

Rahul Sehgal, senior director for HSI/India’s companion animals and engagement department, says, “HSI/India started the ABC program in Malappuram to curb dog culling and to deliver high quality spay and neuter. We initiated community engagement to highlight the importance of co-existence with these animals. Our team was supported wonderfully by the local administration and the Panchayats. The program ended on April 30, and the local administration has made arrangements to continue what we started and take it to the next level”.

Dr. Ayub, deputy director of the district animal husbandry office for Malappuram, says, “We are extremely happy at how the team has done the work so far and appreciate the leadership and skills in community work. In all the places where the HSI/India team has operated, they have managed to influence the public as well as the gram panchayats and community leaders into peaceful human – street dog coexistence. Also the work done during the Kerala floods and other rescue work are very commendable.”

In 2015 and 2016, Kerala came under scrutiny because of dog culling that was taking place across the state, a punishable offense under the Prevention of Cruelty to Animals Act, 1960. It was during that time that the Hon’ble Supreme Court of India reiterated the illegality and cruelty of dog culling and ordered a stop to it, citing implementation of Animal Birth Control Rules, 2001.

KERALA, India – Eight puppies who were found covered in thick tar on the streets of Tirur, India had a... 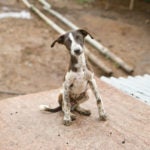 New pet shop rules setting standards for animal housing and care are now in place in India. If implemented appropriately,...

Animal charity pledges long-term help for Kerala as hundreds of animals will be left displaced, diseased and starving after floodwaters subside

KERALA—Animal charity Humane Society International/India has pledged its commitment to Kerala’s flood-affected animals and their people, as the charity predicts...

Kerala floods: Animal rescuers race to save abandoned animals amid State’s worst floods and landslides in a century