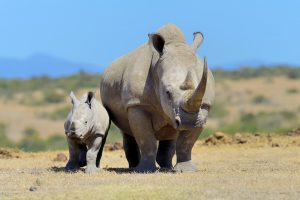 Brussels – Humane Society International/Europe and Humane Society International/Vietnam have cautiously welcomed the signing of the EU-Vietnam Free Trade Agreement in Hanoi on Sunday 30 June. While this trade deal offers little beyond cooperation, technical assistance and capacity building with respect to advancing animal welfare, it does have significant potential to protect wildlife, if resourced adequately.

“It is encouraging that the EU has succeeded in negotiating a trade deal that goes beyond the usual boilerplate commitments from the Parties to properly implement and enforce multilateral environmental agreements. The inclusion of provisions that require both the EU and Vietnam to actively take effective measures to reduce illegal wildlife trade, such as awareness raising campaigns, monitoring and enforcement measures, is an incredibly helpful tool to aid the global fight against wildlife trafficking. Likewise, we welcome the explicit commitment in the agreement to enhance cooperation between the Parties to increase species protection through proposing new listings on the Convention on International Trade in Endangered Species of Wild Fauna and Flora (CITES) appendices. This move could help protect a variety of species from over-exploitation to supply, for example, the exotic pet trade. In this regard, we applaud the EU and Vietnam for already starting this cooperation by submitting proposals to list various salamander, gecko and newt species on CITES Appendix II at the upcoming COP18 meeting that will be held in Geneva this August.”

“Vietnam used to be one of the top countries rich in biological diversity. Unfortunately,  Vietnam is facing “empty/silence forests” due to habitat loss, massive poaching and illegal wildlife trade   originating from within or outside of our borders. Recent research indicates that Vietnam continues to serve as a source, consumer and transit country for the illegal wildlife trade (IWT). Limited enforcement capacity, equipment, resources and lack of cooperation among enforcement agencies are some of the key reasons why much wildlife trade goes unregulated and laws enforcement is not strong enough to combat wildlife crime. HSI/Vietnam hopes that, as a result of this trade agreement, the EU can help provide financial support for our government’s efforts to help curb the trade in wildlife products and to assist with demand reduction and enforcement by providing Vietnam with the training and tools it needs through development cooperation.”

Once the EU-Viet Nam trade agreement provisionally enters into force, both HSI/Europe and HSI/Vietnam intend to apply to join the respective Domestic Advisory Groups that will be established to allow civil society representatives to monitor the implementation of this free trade agreement.