Home About Us News & Media Humane Society International’s Save

CANNES, France—Save Ralph, the star-studded stop-motion animated short film by Humane Society International, has been awarded the Grand Prix for Good, prestigious recognition as the top non-profit film entered into this year’s Cannes Lions Festival. Save Ralph, which HSI created to build support to ban cosmetics testing on animals worldwide, also was awarded Gold in the non-profit film category. The Cannes Lions Awards are recognised as one of the most prestigious global awards in creative excellence and the Grand Prix for Good recognizes and celebrates the use of creativity to positively impact brands and the world at large.

Save Ralph features a star-studded cast including Oscar-winner Taika Waititi as Ralph, along with Ricky Gervais, Zac Efron, Olivia Munn, Pom Klementieff and Tricia Helfer. The film was also produced or subtitled in multiple languages to support HSI’s efforts to influence lawmakers in Canada, Brazil, Chile, Europe, Mexico, Southeast Asia, South Korea and beyond. The film was written and directed by Spencer Susser and produced by Jeff Vespa and the Arch Model studio of puppet-maker supreme Andy Gent.

Donna Gadomski, Humane Society International’s senior director of external affairs and Save Ralph executive producer, was in Cannes to accept the Grand Prix for Good award and said: “We are absolutely ecstatic that Save Ralph was awarded the Grand Prix for Good. This prestigious recognition by the Cannes Lions jury is an honor and a testament to Ralph’s powerful message that testing cosmetics on animals is cruel and needs to stop. It was truly a privilege to accept this award on behalf of the extraordinary Save Ralph filmmakers and the brilliant HSI team working tirelessly around the world to end cosmetics animal testing for good. We are very grateful to Cannes Lions for this high-profile opportunity to keep the issue in the global spotlight and we hope that it adds momentum to our efforts to end this unnecessary cruelty.”

Although banned in 41 countries, cosmetics animal testing is still perfectly legal in most of the world, and tragically is making a comeback in Europe, subjecting untold thousands of animals to needless suffering and death. Save Ralph features HSI’s spokesbunny Ralph, as he goes through his daily routine as a “tester” in a lab—using the story of one bunny to shine a light on the plight of countless rabbits and other animals suffering in laboratories around the world, engaging citizens to become part of the solution.

In some parts of the world, rabbits like Ralph are locked in neck restraints and have cosmetic products and chemicals dripped in their eye and on to the shaved skin on their back. Guinea pigs and mice have the chemicals spread on their shaved skin or on their ears. None of these animals are given pain relief, and all of them will be killed at the end.

Europeans can help animals like Ralph by signing the citizens’ initiative at SaveCrueltyFree.eu, and others can help by signing HSI’s global petition. 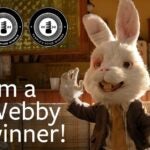 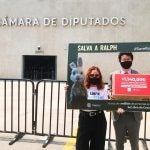 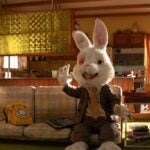 MEXICO CITY—Mexico’s Senate today gave its final and unanimous support to a federal bill to ban animal testing for cosmetics,...

Meet Ralph Ralph-the-rabbit is a tester—one of untold thousands of rabbits and other animals used each year in government-required...