KARNATAKA, India—In a move that will standardize and certify humane and responsible snake rescue in the state, the Karnataka Forest Department on Monday published an operational manual for certified snake rescuers. The guidelines titled “Effective Human-Snake Conflict Management and Mitigation: An Operation Manual for Certified Snake Rescuers” were released by Smt. Madhu Sharma IFS and Shri Vijaykumar Gogi IFS, and were authored by eminent herpetologists Shri. Romulus Whitaker, Padma Shri award-recipient, as well as The Liana Trust’s Gerard Martin and Sumanth Bindumadhav from Humane Society International/India, which runs a snakebite mitigation and awareness program. The authors also consulted with snake rescuers from across the state.

India is the snakebite capital of the world with more than one million snakebites a year, and has more instances of human conflict with snakes than with any other species including tigers, leopards, elephants and bears combined. Every day across the country, hundreds of thousands of individuals and families encounter snakes in their day-to-day lives, with farmers being particularly at risk as they work often barefoot in the fields.

Karnataka, like other states in India, is home to several hundred passionate individuals who care about snake protection and provide responsible rescue services to mitigate this issue. Unfortunately, not everyone who presents themselves as a rescuer follows such ethical codes of conduct, and it can be easy for desperate families facing snake conflict to be exploited either for monetary gain or to increase the rescuer’s following on social media platforms.

Speaking on the launch of these guidelines, Principal Chief Conservator of Forests (Wildlife), Shri. Vijaykumar Gogi I.F.S., said: “These guidelines and certification programs to follow are the need of the hour in the state. Recognizing the need for this, we have invited eminent herpetologists such as Padma Shri awardee Shri. Romulus Whitaker, herpetologists Gerard Martin and Sumanth Bindumadhav to produce these guidelines after conducting the required consultation with various other snake rescuers in the state as well. We will soon launch this program systematically with the aim of recognizing, validating and certifying all well-intentioned rescuers in the state and set an example for other states to follow.”

Sumanth Bindumadhav, senior manager of wildlife and disaster response at Humane Society International/India, and one of the manual authors, said: “It is a welcome move by the state not only to recognize but also empower rescuers with the correct knowledge and skills for responsible, ethical snake conflict management. Through this process, rescuers will come to identify that the best rescue solution for people and snakes is to facilitate amicable coexistence between communities and the snakes around them. Several years of research have shown us that removal or relocation of snakes only increases conflict and does not solve the problem. We are excited to be a part of this vital program and build further on this strong foundation laid today.”

Through the guidelines, the department has reiterated the need to identify, train and certify genuine snake rescuers across the state, to empower them further and curb any illegal activities that stem from unorganized snake rescue. These comprehensive guidelines cover all topics from snake biology to step-by-step instructions on humanely rescuing a snake from a conflict situation, knowledge the department recognizes every responsible rescuer should have.

“Human-snake conflict has a much higher cost to life and limb than all other human-wildlife conflict in India combined. However, it is one that can be solved with large scale education and the introduction of effective practices. Snake rescuers have the potential to be catalysts for this change. This manual is the first step in the Karnataka Forest Department’s efforts to bring about positive and effective change in this field.” says Gerard Martin, founder trustee at The Liana Trust and the co-author of the guidelines. 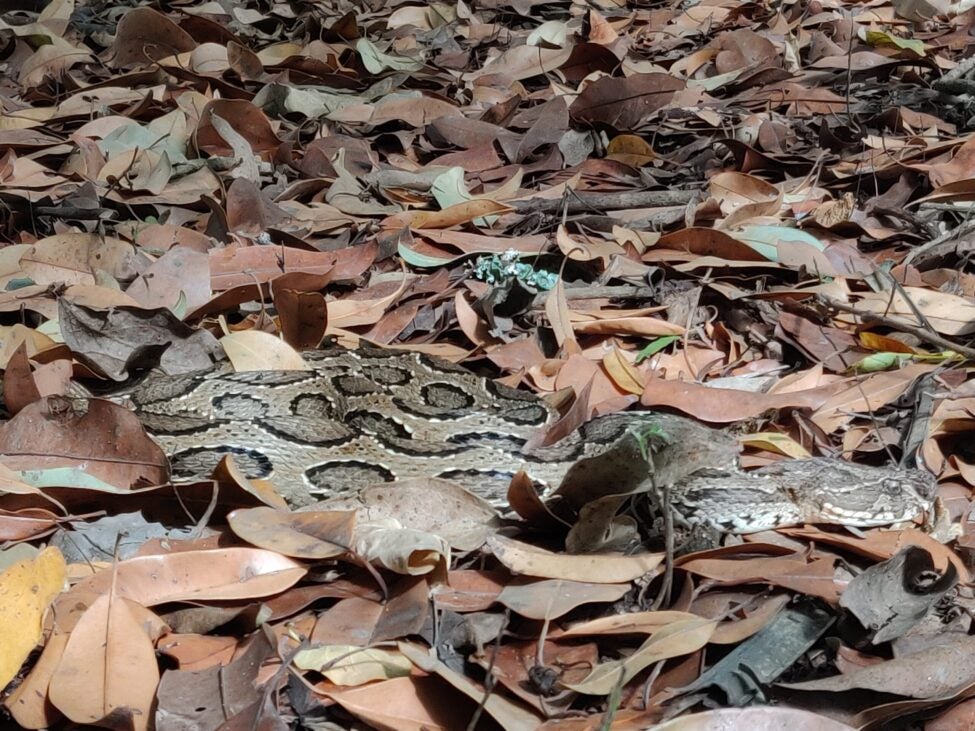 KARNATAKA—Radio telemetry to track snakes, the free distribution of solar lanterns and gum boots in rural Karnataka, along with local...