SEOUL — Korean laboratory animal statistics published this week by the Ministry of Agriculture, Food and Rural Affairs revealed record-high animal use in 2018, and that one in every three animals in a Korean laboratory (38%) is subject to a chemical poisoning experiment – the most severe category of experiment, in which animals are denied pain relief. In total 3,727,163 rodents, rabbits, dogs, fish, monkeys and other animals were used in Korean experiments in 2018, an increase of 21% over the previous year.

The continued upward trend in animal use has been slammed by Humane Society International as a reflection of the ongoing failure of Korean product safety regulators and industry to use all available non-animal approaches to testing and assessment for chemicals and other products. Local demand for animal testing under the Korea Act on Registration and Evaluation, etc of Chemical Substances (K-REACH) and Biocidal Products Act (K-BPR) are believed to be major contributors to this trend, because the government statistics show that companies used the overwhelming majority (89%) of animals, compared with national and public institutions (less than 9%).

Alarmingly, the statistics also revealed that 2,167 animals were used in 2018 for cosmetics testing in Korea despite the Cosmetics Act reform bill, which came into effect to limit animal use in 2017.

HSI Senior Policy Manager Borami Seo said, “It’s disgraceful that Korean companies are still performing cosmetic animal testing after the government has banned this practice, and that more than a million animals were made to suffer last year in the cruelest of animal tests for the sake of chemicals and other products. It’s an unacceptable betrayal to consumers, who mistakenly believe that cosmetics sold in Korea are now cruelty-free, and does little to improve consumer or environmental protection because tests on rodents, dogs and other animals are so often poor predictors of human response. It’s time for private testing facilities and public institutions to get serious about adopting existing non-animal approaches, and for Korean authorities to accept and require use of such methods when available instead of calling for new animal testing. We look forward to working with scientific communities in promoting the use of advanced technology such as in vitro bio-mimetic and computational methods, as well as investing their resources for human-relevant research, replacing animal use.”

HSI has been working closely with Korean politicians in the National Assembly to address the explosion in animal testing through legislative revisions to K-REACH and K-BPR to make it compulsory for regulatory authorities and companies to use available non-animal methods to the fullest extent possible. HSI is also working to establish legislation that will support scientific studies and research based on human-relevant methods without using animals.

○ Animal use by testing purpose

○ Use of animals by institutions under regulatory testing category

○ Use of animals under toxicity and other safety assessments category 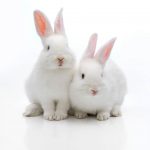 istock/woottigon SEOUL—Humane Society International is celebrating a successful end to its campaign in South Korea to abolish the use of...