Home About Us News & Media Severe pain endured by nearly half

SEOUL—Humane Society International/Korea has issued an urgent call for the National Assembly to enact legislation to reverse the alarming and unconscionable increase in cruel animal testing. Statistics published this month by the Animal and Plant Quarantine Agency reveal that animal use has increased dramatically over the past five years, from 3.08million in 2017 to 4.9million in 2021, with nearly half (45%) of all animals subject to the most severe pain and suffering since 2017. These statisitcs show no commitment from the government to reduce, refine and ultimately replace the use of animals for testing.

So-called “Grade E” experiments subject animals to extreme distress, unrelieved pain and death. The proportion of these especially cruel experiments occurring in Korea (45%) is dramatically higher than in Canada (1.8%), the European Union (11%) or any other developed countries. A common example of “Grade E” experiments are  lethal poisoning tests in which animals are forced to swallow or inhale a massive dose of  industrial chemicals, pesticides or other products and are observed for up to two weeks for signs of toxic reactions. These  can include seizures and other neurological impairment, hypersalivation, diarrhea, lethargy, coma and death. Other examples include extremely invasive surgical procedures induction of severe stress or shock, burn or trauma infliction on unanesthetized animals, or any experiment where pain cannot be prevented or effectively managed.

Last year, the Ministry of Environment announced its ambition for most new chemical test data to be non-animal by 2030. However, the new statistics reveal a 119% increase in animal use for chemical testing, suggesting that a major regulatory intervention is necessary to meet MOE’s 2030 vision.

The statistics also show a 50% increase in animal use for basic research. This research   studies fundamental biology, physiology, biochemistry, etc. This trend illustrates a failure by research funding bodies in Korea to prioritize funding for human-centered, non-animal technologies. This preferred testing includes  computational systems, organoids and organ-on-chips, which are ideally suited for studies of basic biology.

The Act on the Promotion of Development, Dissemination and Use of Alternatives to Animal Testing Methods (Paam Act) was designed to reverse these backward lab animal testing trends by requiring Korean regulatory and research ministries to work together to develop long-term roadmaps with the goals of:

HSI/Korea Senior Policy Manager Borami Seo said, “The increase of laboratory animals does not correlate to the advancement of medicine, consumer safety or environmental protection. Modern non-animal technologies can simulate human biology more accurately than tests on monkeys, mice or dogs. We are living in an era that celebrates innovation, and it’s time for Korean central ministries to commit to a future without animal testing. Assembly members can lay the foundation for this shift by enacting the Paam Act.” 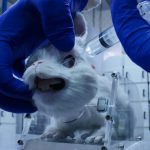 SEOUL—On this World Day for Animals in Laboratories, Humane Society International/Korea is releasing a Korean version of its stop-motion animated... 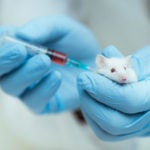