WASHINGTON — Every year, trophy hunters kill tens of thousands of wild animals around the world for fun and bragging rights. Their gruesome quests, some of which can cost hundreds of thousands of dollars, may even involve illegal activities. The trophy hunting industry marginalizes local people and exploits the corruption of government officials. Moreover, the glorification of gratuitous violence through hunters’ social media posts with images of themselves posing with animals they’ve slain belies their conservation claims.

Both Safari Club International, a primary defender of trophy hunting worldwide, and Donald Trump, Jr., a headliner at SCI’s February 2020 annual convention, made the list.

Kitty Block, president and CEO of the Humane Society of the United States said, “Killing magnificent wild animals for fun and social media bragging is not only wrong, but a serious detriment to conservation that undermines federal and international wildlife protection measures. We must all move beyond such violence, which is driving rare and treasured species to extinction.”

The three groups encourage the public to contact their Members of Congress to support H.R. 4804, the ProTECT Act of 2019 (Prohibiting Threatened and Endangered Creature Trophies Act) which would amend the Endangered Species Act  to prohibit taking endangered or threatened species into the United States as trophies as well as the importation of any such trophies into the United States.

Founded in 1954, the Humane Society of the United States and its affiliates around the globe fight the big fights to end suffering for all animals. Together with millions of supporters, the HSUS takes on puppy mills, factory farms, trophy hunts, animal testing and other cruel industries, and together with its affiliates, rescues and provides direct care for over 100,000 animals every year. The HSUS works on reforming corporate policy, improving and enforcing laws and elevating public awareness on animal issues. More at humanesociety.org.

The Humane Society Legislative Fund is a social welfare organization incorporated under section 501(c)(4) of the Internal Revenue Code and formed in 2004 as a separate lobbying affiliate of The Humane Society of the United States. The HSLF works to pass animal protection laws at the state and federal level, to educate the public about animal protection issues, and to support humane candidates for office. Visit us on all our channels: on the web at hslf.org, on our blog at animalsandpolitics.com, on Facebook at facebook.com/humanelegislation and on Twitter at twitter.com/HSLegFund.

WASHINGTON —Thousands of wildlife trophy hunters from around the world will gather in Reno, Nevada, for the annual Safari Club...

Josef Friedhuber/istock WASHINGTON—Two days before World Rhino Day, in a disgraceful action that disregards the precarious status of a critically... 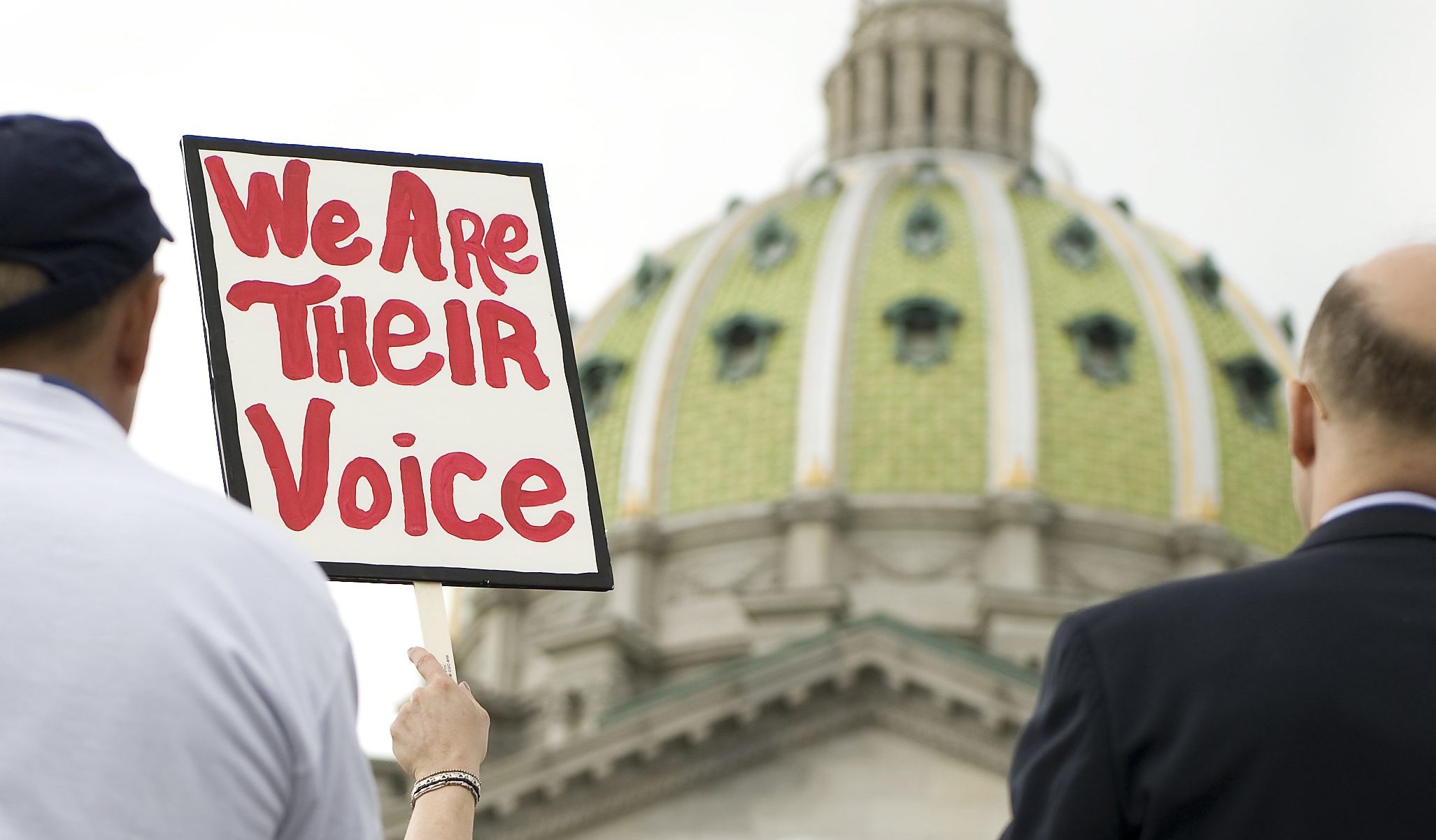 HSI works on legislation and regulations around the globe. By actively engaging with politicians and policymakers, we try to get animal issues included on the political agenda and thereby achieve greater protection for animals.