Home About Us News & Media Vietnam Gets Tough on Illegal Cross 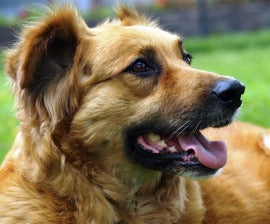 Vietnam’s Department of Animal Health has issued a directive ordering provincial authorities to crack down on the illegal trafficking of dogs for human consumption as rabies concerns rise. The action will help put an end to the cruel and inhumane dog meat trade in this region.

The move follows a ground-breaking meeting in Hanoi last August, when members of the Asia Canine Protection Alliance met with the authorities of Vietnam, Thailand, Cambodia and Laos agreed to consider a five-year moratorium on the commercial transport of dogs from one country to another. ACPA is made up of Change For Animals Foundation, Humane Society International, Animals Asia and Soi Dog Foundation.

The DAH directive specifically instructs DAH sub departments to strengthen the inspection and prevention of illegal import, transport and trade of animals or animal products. The government has also instructed the DAH to work with international organisations to raise awareness about the dangers of consuming dog meat, and the illegality of much of the cross-border trade.

“The dog meat trade has long been characterised by cruelty and corruption. Companion animals and strays are snatched and crammed into cages to be transported long distances. Their proximity and lack of care means diseases are rife. They are dangerous to those who choose to eat them and dangerous to anyone who comes into contact with them. Vietnam has long been the destination for trafficked dogs, from surrounding countries – if governments are serious about stopping trafficking then the corrupt and unregulated dog industry is the obvious place to start.”

“This new directive is a big step in ending this cruel and illegal trade of dogs over international borders. ACPA intends to assist the Vietnam government to ensure this new directive is implemented to its fullest, preventing the intense suffering of thousands of dogs and the further spread of rabies.”

Lola Webber, Programmes Leader for Change For Animals Foundation, said: “Given the dog meat trade involves the only current mass movement of known or suspected rabies-infected dogs, there is a strong argument to stop the cycle of infection by banning this trade entirely.”

While the unregulated trade of dogs into Vietnam has been illegal since 2009, limited resources have meant the law is often unenforced and has remained, until now, a low priority. It is estimated that up to 5 million dogs are slaughtered in Vietnam every year for human consumption. All countries in the region have already banned the transport of dogs without evidence of rabies vaccinations, health certificates, export licenses and proof of origin.

John Dalley, Vice President of Soi Dog Foundation, said: “The Government of Vietnam is to be applauded for taking this initiative, and we hope other countries in the region will follow this lead. Many people cite culture in defence of the trade, but rabies and cholera and other diseases associated with it are no respecters of culture.”

The Association of Southeast Asian Nations has pledged to wipe out rabies in the region by 2020. Rabies is responsible for the deaths of up to 29,000 people in Asia every year. Rabies cannot be eliminated from the region without provincial authorities stopping illegal dog trafficking. Take action against the illegal dog meat trade in Thailand and the Philippines, then donate to support our campaigns.