Home About Us News & Media Shutting Down Yulin

When officials in Yulin, China enthusiastically endorsed the idea a few years ago of holding an annual “dog meat festival” at the summer solstice in hopes of attracting tourism and investment, they apparently did not realize to what extent a culture of pet-keeping had spread across the country, nor how powerful social media could be in arousing the ire of other animal lovers around the world. They’ve certainly made a name for their city now—but not in a good way. 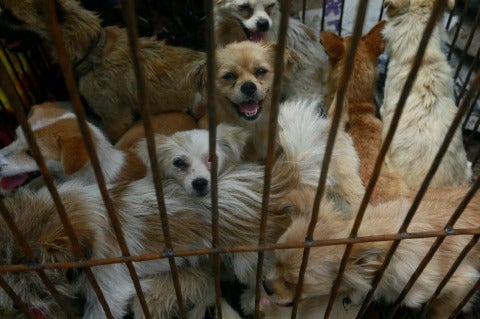 In 2014, advocates succeeded in subduing the celebration, decreasing the number of animals killed and moving the slaughter out of the public eye, but this year, the pressure became overwhelming as hundreds of thousands of people including celebrities signed petitions, a slew of major media outlets covered the event and dramatic photos of candlelight vigils and dogs in cages helplessly awaiting a terrible fate circulated online. 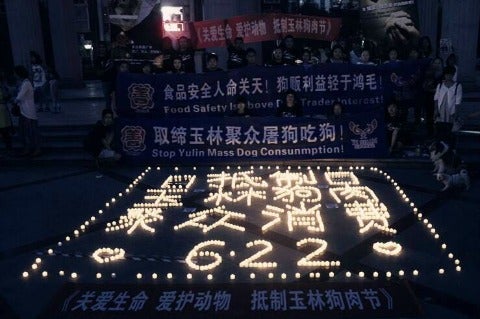 In remembrance of lives lost. VShine

Last year and again this past week, HSI sent staff to the city ahead of and during the festival to photograph and report on the horrors taking place there in an effort to draw attention to the cruelty and pressure authorities into action. 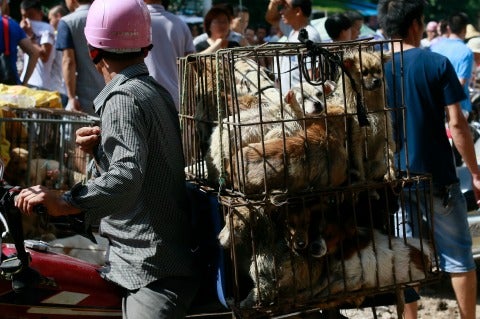 Putting profit ahead of welfare. AP Images for HSI

On the scene, HSI Director of Cruelty Response Adam Parascondola wrote: “It’s been a real challenge to be here in Yulin over the past few days. I’ve witnessed truly heartbreaking suffering of dogs and cats that I will never forget, but at the same time I’ve also had the honor of working alongside really inspiring Chinese activists and ordinary animal-loving citizens who care deeply about ending this horrific trade. They give me hope for the future, and they in turn are feeling hopeful because they finally feel that their voices are being heard around the world. May this be the last we see of this brutal festival.” 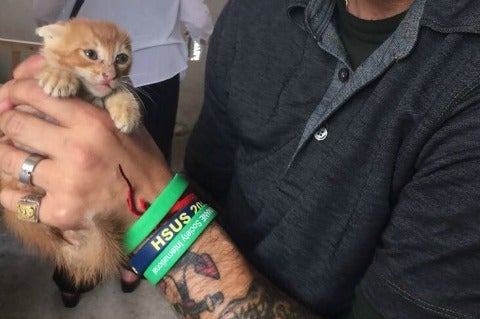 Adam holds a terrified but very lucky kitten, who was among those rescued. HSI 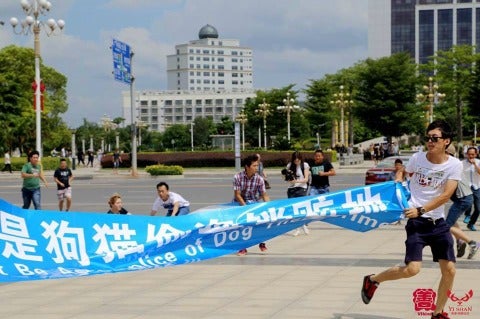 Brave local activists are getting their message out. VShine

HSI is contacting groups and individuals who have rescued animals to coordinate assistance for their care and accommodation, and is bringing a dog and two cats to the U.S. to serve as ambassadors for the cause. Photos of the latter—before, in utter misery and terror and afterward, cuddled in the arms of Chinese animal advocates—have been seen by millions of newspaper and website readers. The dog was named Little Ricky in honor of actor and comedian Ricky Gervais, who is supporting HSI’s campaign.

We also recently hosted a workshop to help teach the brave Chinese activists how to be even more effective, and are working to promote pet adoption from shelters. 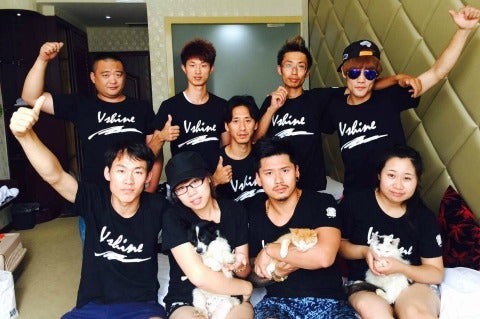 Members of VShine, our local partner group, with Little Ricky and the two rescued cats. VShine

“China is not a democracy,” said HSI’s Dr. Peter Li, also present in Yulin. “A lot is not transparent. But, the call for ending or restricting the dog meat industry is stronger and the Chinese authorities have heard it. Things do not happen fast in China. But, it is moving in the right direction.” Join us in our fight to stop the suffering.