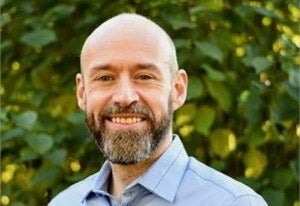 Nick Jones, executive director of HSI/UK, is responsible for leading and growing the organisation to deliver sustained improvements in the lives of animals in the UK and around the world.

Nick has a background in fundraising and marketing. Before joining HSI, Nick spent 14 years working for children’s charities, with a focus on international development and humanitarian response with Save the Children and then child protection and development with Action for Children, a UK charity.

Prior to that, Nick worked as a Divisional Finance Director for British Airways.

Nick is a member of the Standards Committee of the Independent Fundraising Regulator of England, Wales and Northern Ireland.

Nick lives in Twickenham, West London, with his wife Susan and their two adult children.