BRASILIA—An opinion poll released today by Humane Society International and conducted by Datafolha revealed that the vast majority of the Brazilian public want robust federal legislation against cosmetic testing on animals. According to 73% of respondents, if the Congress were to legislate on this matter, “cosmetics products should not contain new ingredients tested on animals.”

The poll also revealed that cosmetics product information is of special importance to consumers, with 75% of respondents declaring that the “guarantee that a cosmetic has not been tested on animals” is an influencing factor when purchasing cosmetics. Furthermore, 84% of respondents also declared that companies should be obliged to “inform in a clear manner if they still test their new products and ingredients on animals” once legislation has been passed.

Helder Constantino, HSI’s #BeCrueltyFree Brazil campaign manager, says: “The practice of testing cosmetics on animals has long been rejected by the public, and this poll illustrates how important this issue is for consumers. It also proves that consumers diligently check the products they purchase and do not want to be misled about them. We very much hope that the Congress will take note and legislate accordingly.”

A report proposed to the Senate’s Commission of Economic Affairs (CAE) by Senator Alessandro Vieira amending Bill 70/2014 on cosmetic tests on animals would ban cosmetic products and ingredients tests on animals with immediate effect. It has yet to be voted on by the CAE.

The Datafolha opinion poll was conducted in August 2019, using a sample of 2,094 interviewees that was socially and geographically representative of the Brazilian population. 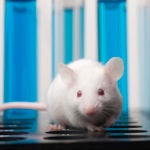 TOKYO—Marking the 60th anniversary of the ‘3Rs’ principle of replacement, reduction and refinement of animals in science, the Japanese Coalition... 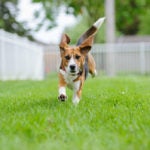 BRASILIA—Humane Society International has welcomed sweeping animal welfare reforms to regulations governing the testing of agricultural pesticides in Brazil, including...