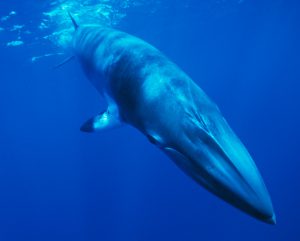 WASHINGTON – Responding to Japan’s announcement of a self-awarded commercial whaling quota of 227 whales for 2019, in defiance of the International Whaling Commission’s conservation authority, Humane Society International’s President Kitty Block said: “This is a monstrous violation of global norms. In direct violation of international standards and law, Japan has opened a new and infamous era of pirate whaling. Abandoning its decades-long charade of harpooning whales under the guise of science, it has revealed a terrible truth – that these gentle ocean giants are being slaughtered for no legitimate reason at all.”

Japan claims to have developed the current whaling program using IWC-approved methods. However, if commercial whaling were ever to be approved by the IWC, it would require independent oversight, including observer regimes, to monitor the catch and assess the development of any quotas.

The new quota sizes approximate to Japan’s recent ‘research’ takes in the North Pacific. The latest figures published by the IWC show 153 whales from the same three species taken in 2016 and 263 in 2017.

Whaling is neither sustainable nor humane. As long-lived, slow breeding marine mammals, whales are extremely vulnerable to overexploitation. There is no guaranteed humane way to kill a whale at sea.