Home About Us News & Media The Romanian Senate votes to suppor

BUCHAREST, Romania—The Romanian Senate has voted in favour of a draft bill to ban chinchilla and mink fur farming, following an investigation by Humane Society International/Europe that exposed shocking suffering on the country’s fur farms.

Andreea Roseti, Romania country director for HSI/Europe, welcomed the vote, saying: “The broad cross-party support for this bill in the Senate strongly signals the willingness of the Romanian Parliament to put an end to the cruel practice of breeding and killing animals for fur.

HSI/Europe welcomes the quick legislative path of this bill, and hopes that when it comes to the Chamber of Deputies in the next few months, the decision-making chamber will act decisively so that Romania can become the 20th European country to ban fur farming. The European continent can be considered a trailblazer in ending the suffering of animals for fur fashion, a practice that is being rejected by consumers, designers, retailers and policymakers across the world.”

The bill was initiated in October this year, after which it was presented in the Standing Bureau of the Chamber of Deputies on 7 Nov. and submitted and recorded in the Senate on the same day.

Chinchillas and minks are the only species of fur-bearing animals who are intensively bred on fur factory farms in Romania. If successful, the ban would therefore mark the end of fur farming in the country. In September this year, HSI/Europe revealed the results of its investigation at several of Romania’s chinchilla fur farms, documenting serious animal welfare concerns, including animals confined in small, wire-mesh cages, with females forced into a cycle of almost perpetual breeding, with total disregard for the natural behaviour of the species.

The vote in Romania comes while there is also growing support across Europe for an EU-wide ban on fur farming and imports. The “Fur-Free Europe” European Citizens’ Initiative, launched in May and supported by more than 70 organisations, has already collected more than 1.1 million signatures of EU citizens.

Act now for a fur-free Europe

Help animals around the world. 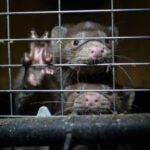 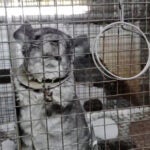 BUCHAREST, Romania—Romania is being urged to become the 20th country in Europe to ban fur farming following revelations from an...