HANOI—Vietnam Prime Minister Nguyen Xuan Phuc has signed a new directive that bans wildlife imports and closes illegal wildlife markets, a move applauded by Humane Society International/Vietnam. This directive provides clear instructions to relevant enforcement agencies and authorities to take immediate actions to better control wildlife trade as part of the global response to the threat of zoonotic diseases such as COVID-19 posed by wildlife consumption and trade.

The move follows a letter and recommendations sent to the Prime Minister’s office in February 2020 by 14 wildlife protection organisations, including Pan Nature, Change, Save Vietnam Wildlife, ENV, WCS, WWF Vietnam and Humane Society International/Vietnam, urging the government to shut down wild animal markets and other vendors selling wildlife for human consumption. Additionally, in April, HSI/Vietnam sent an urgent plea and science-based white paper to the Prime Minister’s office and other relevant ministries calling for immediate action to ban wildlife trade, transport and consumption — particularly mammal and bird species, which are known to contract coronaviruses — in order to address the threat they pose to public health in addition to animal welfare and species conservation.

“The existence of  wildlife markets in many locations has been a big problem in Vietnam for a long time, with many Vietnamese people consuming endangered species such as cobra, turtle and pangolin, as well as all manner of monkeys, birds and other unprotected species. Without stronger actions, Vietnam risks eating many of these species into extinction because they can so easily be purchased in markets, from street vendors and even just outside of our national parks. Vietnam’s rapacious appetite for wildlife is endangering not just these species’ survival, but as we have seen with the coronavirus outbreak, it is endangering people’s lives too, so this ban can’t come soon enough.”

Although the exact origins of the current coronavirus are still unknown, it likely originated in a market in Wuhan, China, that was selling and slaughtering live wild animals on site. Multiple infectious disease outbreaks have been tied to the wildlife trade, including SARS, which is believed to have been passed to humans by civets sold in a Chinese wildlife market for meat in 2003. An estimated 75% of emerging infectious diseases are zoonotic (spread from non-human animals to humans).

Teresa Telecky, vice president of wildlife at Humane Society International, said, “The current COVID-19 pandemic has illustrated just how deadly the wildlife trade can be, not just for the wild animals involved, but also for people throughout the world. COVID-19 is a tipping point that governments like that of Vietnam are wise not to ignore. Wildlife markets worldwide are a petri dish for the next global pandemic, so this directive opens a way for Vietnam to end illegal wildlife trade and also help global efforts to prevent the next global pandemic from happening. Furthermore, the temporary ban on wildlife imports will save many endangered and threatened species from exploitation and consumption. Based on this directive, we look forward upcoming actions that Vietnam will to take to prevent wild tigers from being captured and laundered into captive facilities and also prevent the trafficking of tigers and their products and derivatives from captive facilities in the country.”

Last month, the Vietnamese National Assembly ratified a free trade agreement with the European Union that includes provisions to support the Vietnamese government’s efforts to curb the wildlife trade. 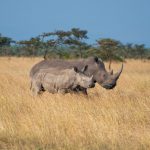 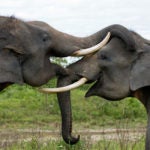